Osoyoos Lake is calm on a summer evening in a view that shows the Main Street bridge, Hotel Row, the Cottonwood area, Nk’Mip Campground and Spirit Ridge. (© Richard McGuire Photo)

The Summer Artisan Market opened at The Art Gallery Osoyoos on June 1 and it features the work of numerous local artists and artisans.

I’m participating this year for the first time and am showing a selection of recent photos, as well as several others I’ve never shown before. Because space for each artist is limited, I’ll be rotating the featured photos throughout the summer, but all are available and can be seen in the web gallery below. I’ll also have a special selection of cards and matted photos on display.

The Summer Artisan Market includes work by a number of talented local painters, potters, quilters and more and is definitely worth a browse. It runs until Labour Day on Sept. 2.

The gallery is open in June from noon to 4 p.m. on Tuesday to Saturday. Then in July it switches to summer hours of 10 a.m. to 4 p.m. daily.

I’ll also have a booth at Market on Main most Saturdays through the summer where I’ll have a wide assortment of photo cards and matted photos taken over the years. The market includes a range of local crafts and, as we get into the fruit and veggie season, locally grown produce as well. It’s held every Saturday from 9 a.m. to 1 p.m. at Town Square, the park next to town hall. Please drop by to say “hello,” chat and browse.

The Lawless house, named for the family that lived there, sits in a field near Anarchist Summit. In recent years it has deteriorated badly. (Richard McGuire Photo)

Yellow balsamroot, a cousin of sunflowers, is abundant in the South Okanagan Grasslands in May. (Richard McGuire Photo)

Osoyoos is a paradox — a town in a desert-like setting where you are never far from water and where the irrigated vineyards and orchards are lush green. (Richard McGuire Photo)

Osoyoos straddles both shores of Osoyoos Lake and is connected by a spit of land over while Highway 3 runs east and west. (Richard McGuire photo)

From the lookout off Highway 3 heading west of Osoyoos you look out across Osoyoos Lake. On the opposite shore are The Cottages on Osoyoos Lake. (Richard McGuire photo)

Billowing clouds float over Kilpoola Lake, west of Osoyoos, on a day in early May. (Richard McGuire Photo)

The South Okanagan Grasslands are still green in early May. Behind, Snowy Mountain still has some snow. (Richard McGuire Photo)

Small lakes collect water in the South Okanagan Grasslands. In the background is Kilpoola Lake to the west of Osoyoos. (Richard McGuire Photo) 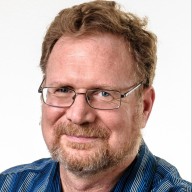 Autumn Sunday in the Okanagan